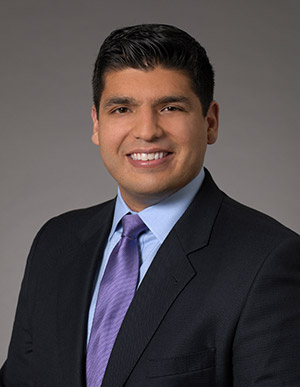 Mr. Ortiz represents clients in single plaintiff, collective, and class actions seeking to recover overtime, minimum wages, and other owed compensation. He also represents clients in a wide range of employment disputes, such as claims of discrimination, harassment, and retaliation under both federal and state law.

Mr. Ortiz is licensed to practice law in the states of New York, Massachusetts, and Florida, and the United States District Court for the Southern, Eastern, and Northern Districts of New York, the District of Massachusetts, and the Southern and Middle Districts of Florida. He graduated cum laude from Suffolk University Law School and received his undergraduate degree in Psychology with minors in Music and History from Boston College. While in law school, Mr. Ortiz interned with the Honorable Robert Tochka in one of Boston's busiest courthouses working exclusively on criminal matters. Mr. Ortiz was also a member of the Journal of High Technology Law, which published his student note promoting the use of a virtually dormant antitrust doctrine in modern markets. He also volunteered his time with the Massachusetts Society for the Prevention of Cruelty to Animals, assisting its Advocacy and Law Enforcement divisions in passing a new animal cruelty statute.

The firm had success in recovering unpaid overtime for personal bankers at a national bank.
The firm was able to recover overtime compensation for personal bankers and others similarly situated at a national bank that operates hundreds of branches throughout the United States. Employees in affected positions claimed they were required to work more than 40 hours a week in order to meet sales quotas but were not compensated overtime for their pay.

Fitapelli & Schaffer represented loan officers at a premiere national bank for unpaid wages
The firm was able to recover overtime compensation for loan officers at a national bank that operates more than hundreds of branches nationwide. Employees in affected positions claimed they were required to work more than 40 hours a week in order to meet sales goals but were not compensated overtime for their pay.

F&S had success recovering unpaid wages for car salesmen at prominent car reseller.
One of the largest auto dealerships in the NYC Metropolitan Area agreed to pay owed wages to its car salesmen. The company was accused of failing to pay salesmen the proper minimum wage, overtime pay, commissions, and made unlawful deductions from their earned wages in violation of federal labor laws.

The firm successfully represented personal bankers at large national bank for unpaid wages.
Even though personal bankers at this nationwide bank were classified as exempt from receiving overtime pay, the company routinely required them to work in excess of 40 hours per week. There are federal laws that help protect workers from misclassification and in this situation; Fitapelli & Schaffer was able to recover unpaid overtime for personal bankers throughout the United States.

$4.3 Million for Entertainers at Gentleman’s Clubs

$3.4 Million for Assistant Managers at Bank

F&S recovered unpaid wages for loan officers at a premiere national bank
Fitapelli & Schaffer was able to successfully recover unpaid overtime for loan officers at a nationwide bank that operates over one thousand locations across the United States. Loan officers for the company alleged that even though they were hourly employees and consistently worked over 40 hours per week they were working off the clock and not getting overtime pay.

The firm represented salaried health care workers at a NY based health insurance provider
A New York based health insurance provider allegedly had its health care workers working over 40 hours per week but required they submit weekly timesheets that only showed they worked 37.5 hours. Fitapelli & Schaffer was able to successfully recover compensation for unpaid wages, overtime and spread of hours pay.
 

Thank you! Your email has been delivered.


This web site is designed for general information only. The information presented at this site should not be construed to be formal legal advice nor the formation of a lawyer/client relationship.

Please do not send documents or include any confidential or sensitive information in this form. This form sends information by non-encrypted e-mail which is not secure.

Submitting this form does not create a lawyer/client relationship.